We hope you have enjoyed exploring the origins of some of our favorite food groups this summer as much as we have. In case you missed it, we’ve learned about the Origins of American Barbecue, the Regional Burgers of America, and this week we’re talking about America’s favorite tubular food: hot dogs!

The origins of how, when, and where the modern hot dog was first created are often debated. Some historians say Frankfurt, Germany, and still others claim towns like Vienna, Austria or Coburn, Germany. Either way, in the United States, the story of the famous hot dog is a bit more straightforward. It might not surprise you to know that the first hot dog cart was opened in New York City, where the mobile fast-food establishments are still widely popular today. In 1867, Charles Feltman began serving the fast food on Coney Island.

A few years later, Nathan Handwerker opened his competing business, which sold hot dogs for half the price and was a quick success in the area. Not only did Nathan’s Famous business thrive for decades to come, but hot dogs in general saw a steady increase in popularity until Americans from coast to coast were enjoying hot dogs and putting their own spin on the dish. A few of our favorite regional remixes on hot dogs include the Texas Dog, the Seattle Dog, and Carolina Slaw Dogs. Check out our blog summarizing all kinds of regional hot dog recipes here.

Did you know? As a sort of representation of how popular hot dogs had become in America, Franklin D. Roosevelt and his wife served hot dogs to Queen Elizabeth and George VI at a 1936 lawn party. And reportedly, George enjoyed the meal so much, he asked for seconds!

Now that you have a little background on one of America’s favorite fast foods, let’s dive in to some of the most surprising facts we’ve learned about hot dogs! Alongside Tang and freeze-dried ice cream, hot dogs have passed NASA’s lengthy approval process for food that is allowed to be taken and consumed in space. Even the Apollo 7 astronauts enjoyed this classic meal on their way to the moon!

According to the National Hot Dog and Sausage Council (NHDSC), Americans purchase 9 billion hot dogs per year from grocery stores! Adding in what would be consumed at restaurants or ball parks, the NHDSC estimates that the total number consumed in a year is approximately 20 billion hot dogs! Last year (2021) at the annual Nathan’s Famous hot dog eating contest on July 4th, world-famous Joey Chestnut broke his own world record and consumed 76 hot dogs in 10 minutes. For those keeping score at home, that’s about $68 worth of hot dogs in one sitting.

According to rarest.org you can find this pricey dog at the restaurant 230 Fifth in New York City. It’s made out of top-grade Japanese wagyu beef and topped with onions (that have been caramelized in champagne), caviar, and sauerkraut (that has been braised in, you guessed it, champagne). Oh, and if you’re planning to indulge in this delicacy any time soon, you should know that it has to be ordered 48 hours in advance.

5. There’s a reason hot dogs and their buns don’t match.

By now, we’re sure you’re aware of the bun vs hot dog quantity controversy that made national news last year. But did you know that there is a historical reason for this mismatch? When hot dogs were first sold in the United States, they were not sold in the grocery stores. So, for the hot dog cooks ordering wholesale quantities, ten seemed like a natural choice for packaging.

However, when wholesale bun and roll bakeries started to bake the matching buns, they worked with pans that bake long rolls in groups of four that are then stacked to make eight – not ten. Though the topic of hot dog meat is subject to much speculation, in reality, the majority of hot dogs sold in grocery stores are made from either one of or a combination of familiar meats – pork, beef, chicken, and/or turkey. And in most cases, it is just common muscle groups from these meats that is ground and put into casings. In fact, the U.S. Department of Agriculture requires that any hot dogs made with “variety meats” like liver and heart must be labeled to declare those ingredients on the package.

That’s right. In 2021, the National Hot Dog and Sausage Council (NHDSC) called for a contest to find the nation’s most passionate hot dog fans, influencers, and taste-testers. And they found five of them! Bonus: they’re running the 2022 contest right now! Find all the details on their website here.

8. There is a right and wrong way to eat a hot dog.

Before now, social media has been our ultimate judge as far as which toppings belong on a hot dog (you guys certainly have your favorites!). But, did you know there is actually an official guide? Check out the Official Hot Dog Etiquette Guide. According to the NHDSC, if you eat hot dogs with a fork or top them with ketchup after the age of 18… you are way out of line.

P.S. If you were wondering, like many others, whether a hot dog could be considered a sandwich, the NHDSC weighs in on that issue as well.

You might have already noticed, but all through July, we’re celebrating this holiday with tasty new recipes and themed blogs! In case you missed it, check out our Hot Dogs 101 blog! And don’t forget to enter to win a smokeless fire pit at www.martinssummerfun.com, so you can roast hot dogs all summer long! How to Make Homemade Croutons + 10 Soup and Salad Pairings 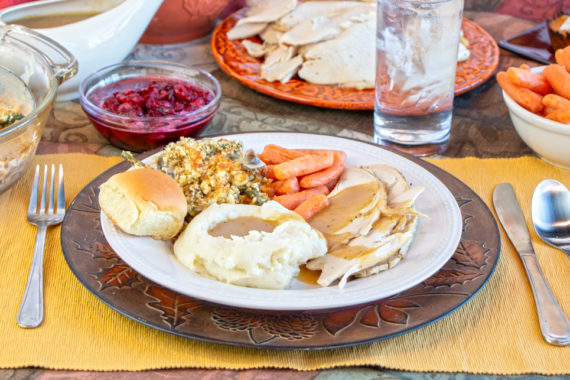 How to Assemble a Fall Charcuterie Board