History of Barbecue in America 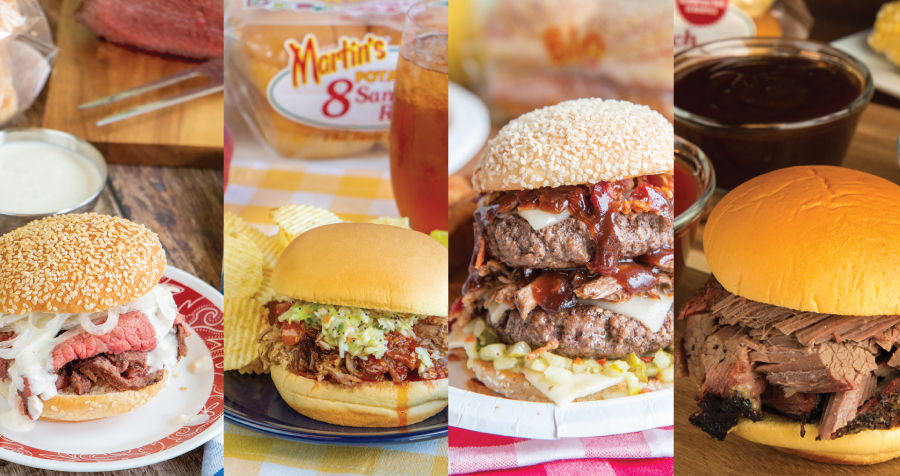 So, you want to learn about the history of barbecue in America! That’s why you’re here, right? Well, whether you’re a pit master yourself, a curious cook, or just a fan of barbecue, you’re in good company with barbecue fans around the country. After all, according to the Global Newswire, almost two thirds of American households own either a grill or a smoker!

Speaking of smokers, we want to quickly remind you that we are giving away a Traeger Wood Pellet Grill on our website www.MartinsSummerFun.com! If you don’t already have experience with cooking homemade barbecue, this might be your reason to start!

We’re excited to talk about the history of one of our favorite food categories and how it developed in America. From massive pit barbecue picnics to backyard grilling, we present… The History of Barbecue in America.

While barbecue certainly did not originate in America, it does have a very important significance in American culture and history. While barbecue itself dates as far back as the middle ages, North American barbecue is thought to have begun among indigenous people of the Caribbean. The word “barbecue” simply refers to the wooden structure that was used to dry, smoke, or roast meat—mainly fish. This practice was also common among Native Americans along the Eastern seaboard. 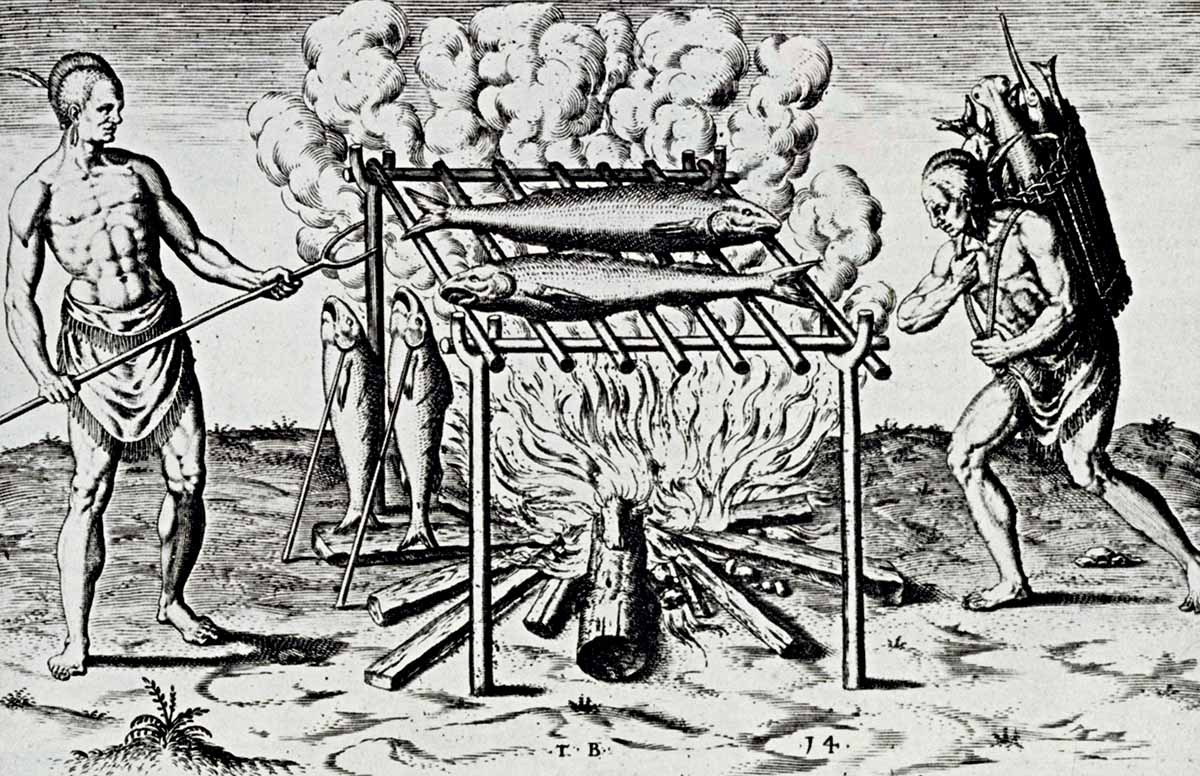 In his video “A History of Barbecue”, historian Lance Geiger (aka “The History Guy”) explains, “In 1514, explorer Hernando de Soto attended a feast with the Chickasaw tribe in what is present-day Mississippi, where a pig was roasted on a barbecue. The practice was soon readily adopted by American colonists.”

During that time of early American colonization, the word “barbecue” expanded in definition. Now, not only did this word refer to the cooking of meat and the structure used in the process, it also stood for the name of the gathering where barbecuing took place. This is a common use of the word in modern language. We often talk about “summer barbecues” or “backyard barbecues.”

During the time when large barbecue gatherings became increasingly popular, prominent figures in the early political landscape of the United States used these gatherings to network and socialize with people in their local communities—folks who might eventually vote them into office. This was particularly effective during the time where formal campaigning, as we know it today, was not commonly accepted. Naturally, Independence Day was (and still is!) the most common day for hosting barbecues. Parades and other holidays were also popular occasions for the event. Also around this period, splinters of regional barbecue styles began forming with different cooking and seasoning methods. For example, mustard-style sauces first appeared in areas where German or French immigrants were present. Whereas vinegar-based sauces, most famous in the Carolinas, were first concocted by British immigrants with a preference for tartness. And that iconic sweet flavor of Tennessee barbecue originated out of the state’s proximity to river trade and easy access to molasses.

Barbecue cooking also became more efficient with the invention of the press for making charcoal briquettes. Shortly after, Henry Ford began producing these briquettes out of leftover car manufacturing pieces. The Ford charcoal business was later purchased by a man whose name is likely still familiar to you: Edward Kingsford of Kingsford Charcoal.

After World War II, barbecue started to become more common practice in individual households or smaller groups rather than oversized events. Why? Well, the thousands of soldiers who spent months learning to cook over the fire were now able to bring those cooking skills back to their suburban families, putting a brand new spin on barbecue.

Then, in 1951, a salesman at a Chicago metal-working company cut a buoy created for the Coast Guard and mounted three legs to it to craft the first kettle-shaped portable charcoal grill. Eventually, with his invention, he purchased a large stake in the metal-working company and renamed it—can you guess? – Weber Grills.

Since the invention of the first portable grill, there came the introduction of charcoal smokers, gas grills, wood pellet smokers, flat top grills, and more. And, today, backyard barbecue is a common part of American summer culture. On the first few warm days of spring, it’s commonplace to smell your neighbors’ barbecue cooking in the distance. Barbecue’s popularity is also reflected in the spending habits of Americans. According to Statista, as of 2021, the barbecue grill market in America is valued at approximately $2.75 billion!

As mentioned above, though “barbecue” is a widely used term referring, very generally, to the style of low-and-slow cooking over heat, “barbecue” means something very specific in certain areas of the country. To some, tomato-based sauce is the end-all-be-all topping to barbecue pork. To others, a simple salt-and-pepper rub is all that’s needed to make a brisket shine.

If you want to dive deeper into the regional styles of barbecue, check out our beginner’s guide below to understand each kind of barbecue. Plus, get sauce and meat recipes for each style!

In this region, pork is the star of all the barbecue meat. In terms of sauce, tomato-based sauce had a strong start, particularly in the North Carolina region. In South Carolina, you may be more likely to find a “Carolina gold” mustard-based sauce.

As mentioned above, Tennessee barbecue is known, like the Carolinas, for its use of pork. In this area, however, sauce is traditionally sweeter. In the western part of the state, namely Memphis, you’re more likely to find a bit of a mashup of different regional styles—in some areas, using rubs rather than sauces.

Further west, in Missouri, you’ll find Kansas City barbecue, which, like Memphis, is considered a melting pot of barbecue styles, including a variety of meats, rubs, and sides. However, Kansas City is most famously known for its burnt ends, made from roasted cubes of beef brisket.

Alabama’s barbecue style is famous mostly because of their signature white sauce, which is made of a combination of mayonnaise, black pepper, and horseradish. However, this region is also known for fire-smoked meat and always including a side of slaw.

Try it in sandwich form: https://potatorolls.com/recipes/pulled-chicken-sandwiches-with-pickled-onions/

Classic Texan barbecue involves almost exclusively beef (usually brisket). In some parts of the state, you’ll find a saucy and wood-smoked variation. In others, you may see beef cooked “caveman-style” rubbed simply with salt and pepper before smoking. Make it your own!

What’s your style of barbecue? Now that you know a bit about the background of barbecue cooking in the United States, it’s time to start experimenting and find out what meat, sauces, rubs, and sides you like the most!

Check out our website www.martinssummerfun.com for barbecue recipes and inspiration. Plus, enter to win a smoker while you’re there! 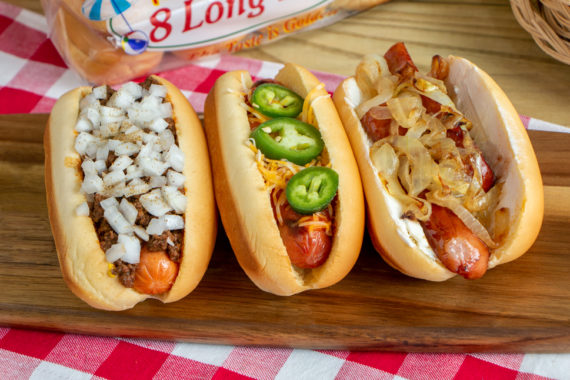