With football season coming to completion and the anticipation of baseball’s first pitch in less than two months, what better time to shine the spotlight on some famous stadiums, arenas, and ballparks around the country from the perspective of one of our favorite things—food!

You may be aware that Martin’s has a food service portion of its business that provides our signature bread and roll products to restaurants around the country (and the world). But did you know that we also work with third party distributors, airports, event centers, and—you guessed it!—sports venues?

Through third party hospitality companies, such as Levy Restaurants, Aramark, and Legends Hospitality, along with existing restaurant customers, Martin’s is able to provide our famous potato rolls and bread to these types of venues to be used for creative menu offerings that will be enjoyed by many cheering fans.

Take a look at a few of the sports venues utilizing Martin’s for their signature fan favorites! The Big A Burger at Angel Stadium consists of two burger patties, American cheese, lettuce, tomato, and secret sauce, and is served on Martin’s Potato Rolls, which Legends Executive Chef Robert Biebrich says they “did a lot of R&D on.” The 2019 season’s Bicycle Kick Burger at Audi Field, home of MLS team D.C. United, is made with locally raised beef and topped with tomato jam, smoked Gouda, Bourbon mayo, and bread & butter pickles, all held together on a Martin’s Potato Roll. Martin’s is proud to be the Official Potato Roll of the NBA Washington Wizards and NHL Washington Capitals for the 2022 season! As such, you can find Martin’s products being used at various concessions throughout Capital One Arena. P.S., Chef Patrick Schaeffer, Senior Executive Chef of Citi Field and member of Aramark, won the Judges’ Choice Award at the 2018 NYCWFF Burger Bash® for his signature burger served on a Martin’s Potato Roll! Read our coverage of the event here. You can also find a Shake Shack, along with a Federal Donuts (a Philadelphia favorite donuts and fried chicken restaurant) at Citizen Bank Park, home turf of the Philadelphia Phillies. Martin’s is proud to be an official sponsor of the Sugar Land Space Cowboys, who were previously named the Skeeters prior to the current 2022 season. They are a Triple-A affiliate of the Houston Astros. At their home location, Constellation Field, you can find Martin’s products being used at concessions stands for traditional ballpark fare such as the burger and hot dog pictured above. Martin’s is also an official sponsor of the Nashville Sounds, a Triple-A affiliate of the Milwaukee Brewers. If you show up to First Horizon Park to watch them play, be sure to grab a delicious burger, hot dog, or barbecue sandwich on Martin’s Famous Potato Rolls! Head to Mercedes-Benz Stadium in Atlanta, GA (home to MLS Atlanta United and NFL Atlanta Falcons) and you’ll find Martin’s Potato Rolls being served up with popular stadium offerings such as barbecue and fried chicken sandwiches, courtesy of Levy Restaurant Group, as well as on menus from local favorites like Jim N’ Nick’s Bar-B-Q. Attend a game at Minute Maid Park to watch the Houston Astros play, and enjoy a delicious ShackBurger® from Shake Shake, or try some southern style brisket from Killen’s BBQ, among other delicious concessions options. SoFi Stadium in California offers some wild menu options such as the Cheeseburger Sub—an elongated burger patty with American cheese, pickles, and secret sauce, served on a Martin’s Hoagie Roll—thanks to culinary duo Jon and Vinny in collaboration with hospitality group Legends. You can find Martin’s customer JJ’s Red Hots, a retro hot dog restaurant with innovative creations, at the upper level of the concourse at Spectrum Center in Charlotte, NC (home of the NBA Hornets). The above list is just a few of the many stadiums, arenas, and ballparks with Martin’s Potato Rolls on their menu! Here are some other locations where you might see our bread and roll products:

If you’re planning to attend a football, baseball, basketball or hockey game at any of these locations, be on the look out for Martin’s Potato Rolls!

Do you have an event venue in mind who would love to use Martin’s Potato Rolls on their concessions menu? Head over to our Food Service website to learn more or fill out our contact form! 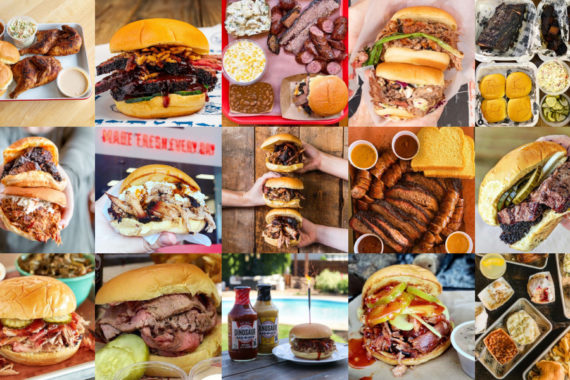