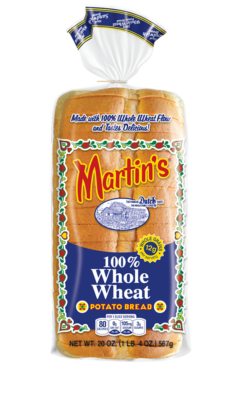 In a small saucepan, combine the vinegar, sugar, and salt. Bring to a boil, then reduce the heat to a simmer until the sugar and salt have evaporated. Remove from heat and let cool.

Peel the eggs and add to a seal-able container along with the pickling liquid. Cover and refrigerate for at least 12 hours.

Remove the eggs from the pickling liquid. Coarsely chop and combine together in a mixing bowl with the mayo, chives, and parsley. Season with salt and pepper to taste. Set aside.

Cut each slice of bread in half diagonally, arrange on a baking pan and drizzle lightly with olive oil. Toast in the oven until golden brown. Remove from the oven, let cool slightly, then gently rub the garlic clove over the crusty top of each slice.

Place a layer of the picked egg salad over each slice and top with a slice of ham. Serve. 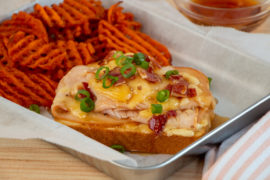